How to get the Pressurized Refit in Destiny 2

#Pressurized #Refit #Destiny Welcome to Alaska Green Light Blog, here is the new story we have for you today:

The Pressurized Refit in Destiny 2 is a reward for completing Should You Choose to Take It, Part 2. This of course follows from Part 1 where the Frenzy Refit was rewarded. So if you haven’t already done so – do it now.

For the rest of you who have met this requirement, I will go through Part 2 in detail. The Pressurized Refit isn’t great – I would argue that the Frenzy Refit is better. However, you’ll need to have completed this quest to access parts three and four when they go live in Destiny 2, so you’ll have to do it either way. 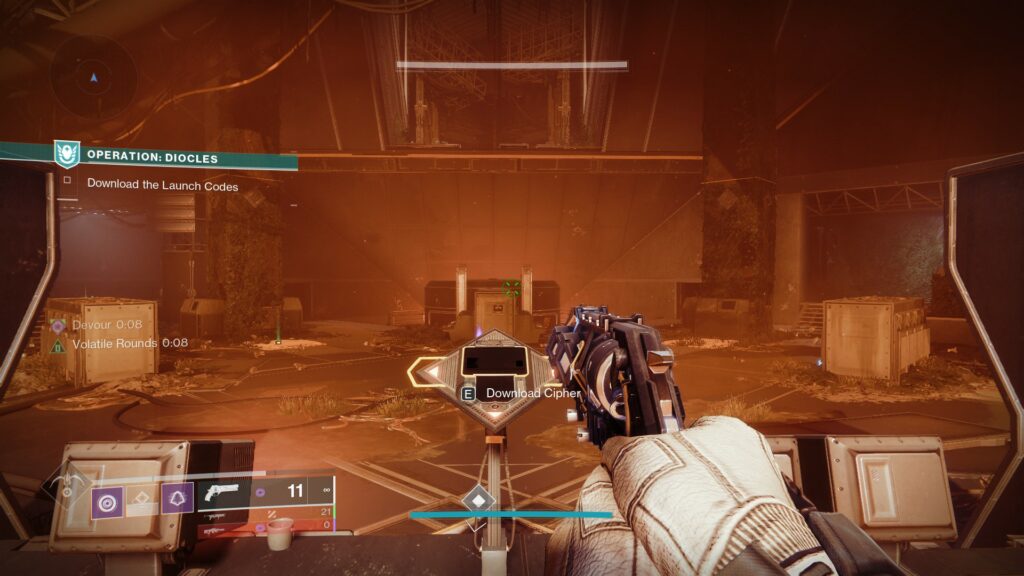 Should you decide to take it on Part 2 is the second part of the Revision Zero weekly quest. Last week we got our hands on the Frenzy Refit. This week’s Pressurized Refit is up for grabs. The Pressurized Refit will increase the Revision Zero’s stability and accuracy as the magazine gets lower. That’s not as good as the Frenzy Refit, but there’s still no reason not to get it.

At the beginning of the quest you must complete Operation: Diocles from the HELM. This is practically the same as any other mission of this type you’ve done – just with a different platform.

Just jump into the mission and bang your way through – it’s not particularly difficult and shouldn’t take you more than around 15 minutes.

Step 2 – Journey to the Moon 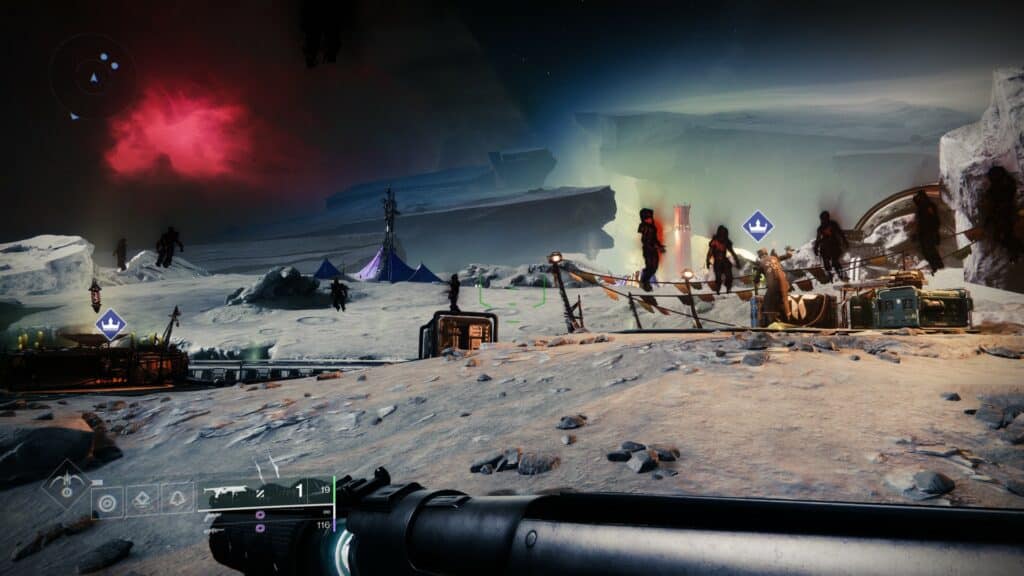 Just like last week, you will be asked to go to a planet after completing your operation. This time you will be sent to the moon. Charge the planet’s landing zone and your quest objective will be updated to step three.

Step 3 – Complete patrols and kill targets on the moon 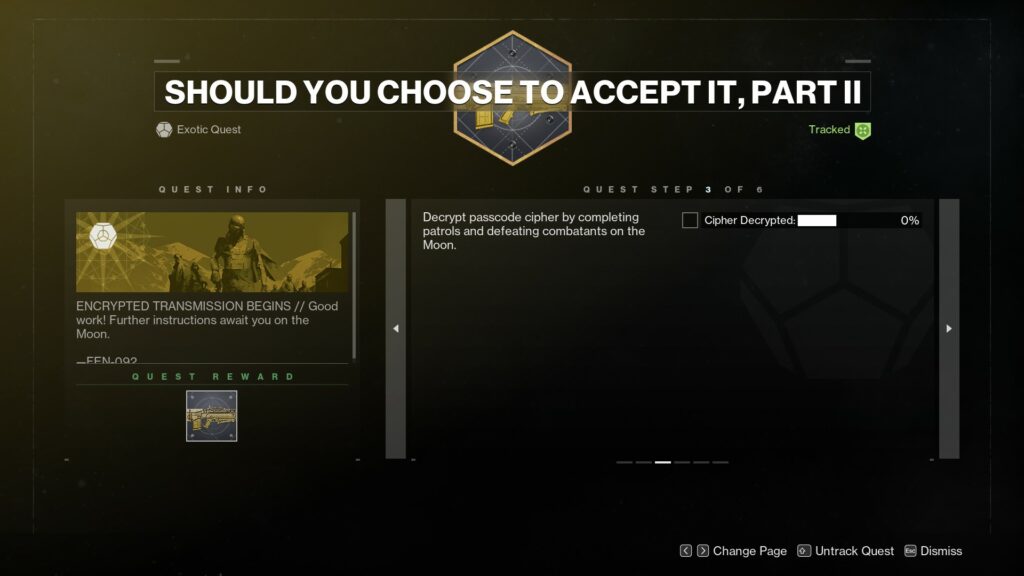 Once again you must defeat fighters and complete patrols on this planet in order to decipher a cipher.

However, this time I managed to get some numbers for you:

Those were the numbers I got with Should You Decide to Accept It, Part 2. They may not be 100% accurate, but they should be close enough.

I would recommend attending a public event to get this done. You’ll get plenty of enemies to kill – at least enough to get you almost to step 4. 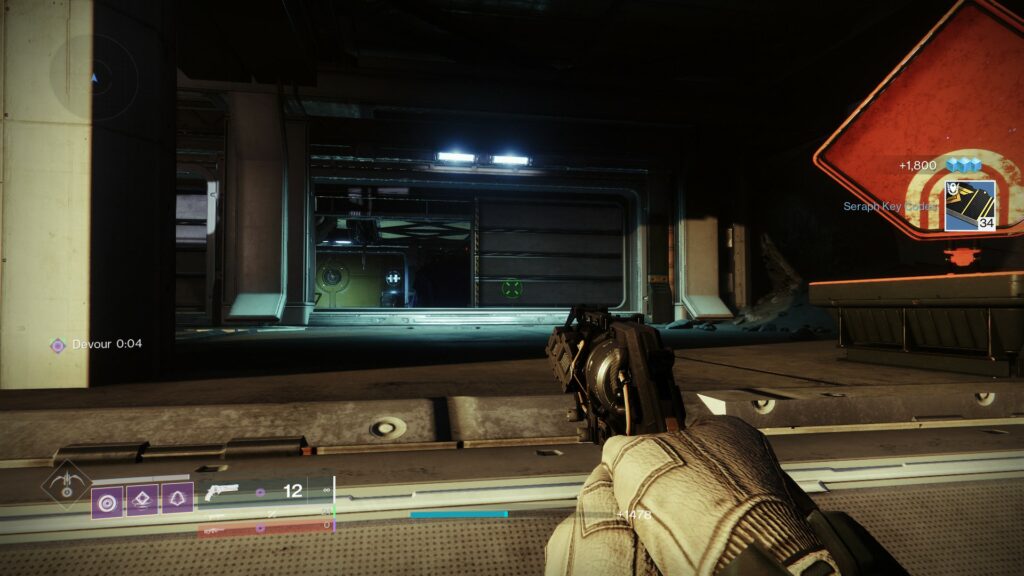 Should you choose to accept, it clearly follows a formula week after week, beginning with an Operations mission and progressing to deciphering a cipher in a Lost Sector.

K1 Logistics is on the plate for part 2, with the decryption node sitting right at the exit behind the last chest.

This lost sector is nothing to worry about at all. You can do this right from the patrol zone – there’s no need to do it on Legend or Master.

The K1 Logistics Lost Sector is located at the top of Archer’s Line on the destination map. It’s not too difficult to find – just stick to the outside of the building.

Step 5 – Find the schematic during Operation: Seraph’s Shield on Legend 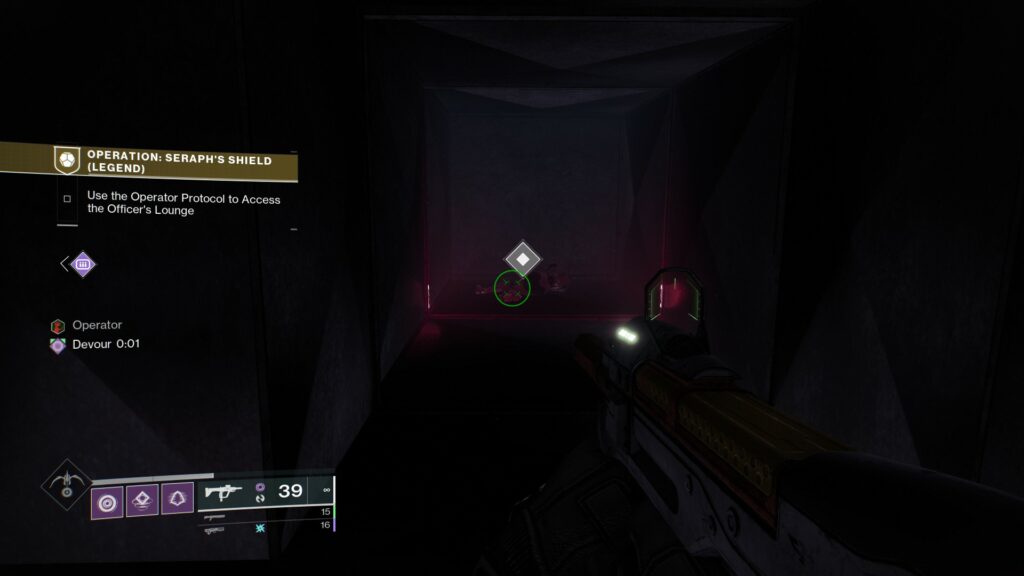 Okay, we’ve been spoiled for simple stuff up to this point. Now it’s time to get serious.

Just like last week, we will be completing a series of Operation: Seraph’s Shield on Legend. I suggested doing this in a Fireteam in Part 1, but turns out this mission is a little broken if you do.

You see, it just so happens that the enemy’s health scaling is off with additional Fireteam members. The more people you do this mission, the harder the enemies are to kill – and the increase isn’t exactly proportionate.

So it’s actually optimal to do that one solo, especially since you’ll have access to Solo Operative and Weakened Clear during Season of the Seraph.

During your mission legend run, you must be on the lookout for a dead Exo bearing the sought schematics. Last week this Exo sat in the microwave room. This week it’s in the vents just past where you first fight the Hive.

You’ll get a marker on your screen as soon as you approach it – so it should be impossible to miss it. Just remember that it’s in the room where the hive first spawns and you should be fine. 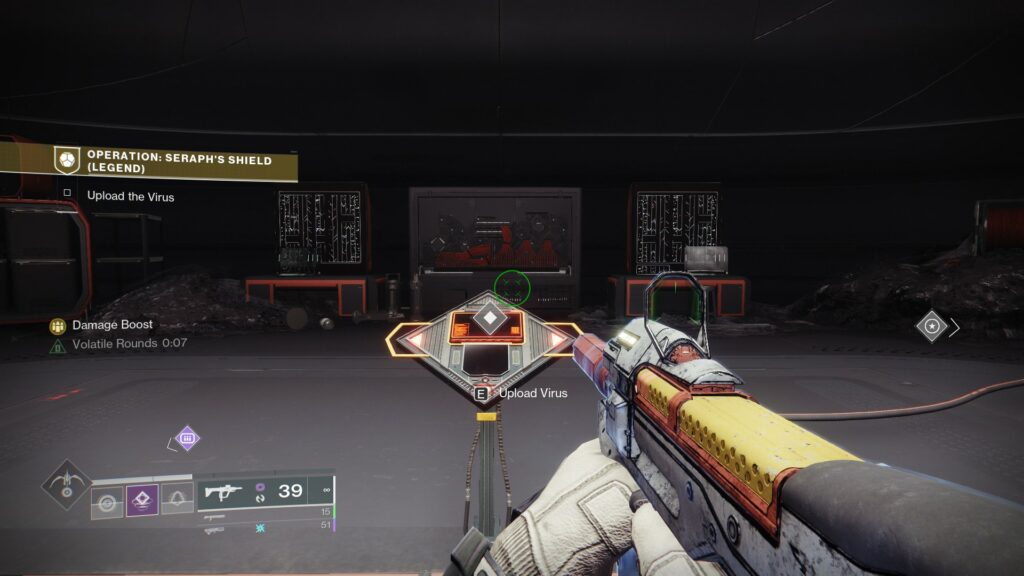 Once you’ve secured Destiny 2’s Pressurized Refit Schematic from the Dead Exo, you can proceed and complete Operation: Seraph’s Shield on Legend to complete Part 2 of Should You Choose to Accept It.

It’s not easy, but there’s no difference between what you’re doing here and what you did last week. What I do want to say though is that Grand Overture isn’t the best against the final boss – I’d replace it with Retrofit Escapade, a Linear or maybe Parasite after the Brig section.

In addition, Void is the king of all classes, especially if you play alone. Anyway, get through and you’ll get your pressurized refit.

After that, you’re done with Should You Decide to Accept It, Part 2. Now you can go back to Mars and stick that thing in your Revision Zero, although I don’t see why you would ever replace the Frenzy Refit with it. But you do.