Jake Paul and Julia Rose were kind of an internet famous couple. The duo have been in an on-and-off relationship since 2020, but according to recent reports, they don’t appear to be together. Paul began dating Julia Rose after his relationship with Tana Mongeau ended in early 2020. The younger Paul brother is said to have split from Rose in March last year when he was dating OnlyFans model Sky Bri. In April, however, he resumed his relationship with Julia Rose. 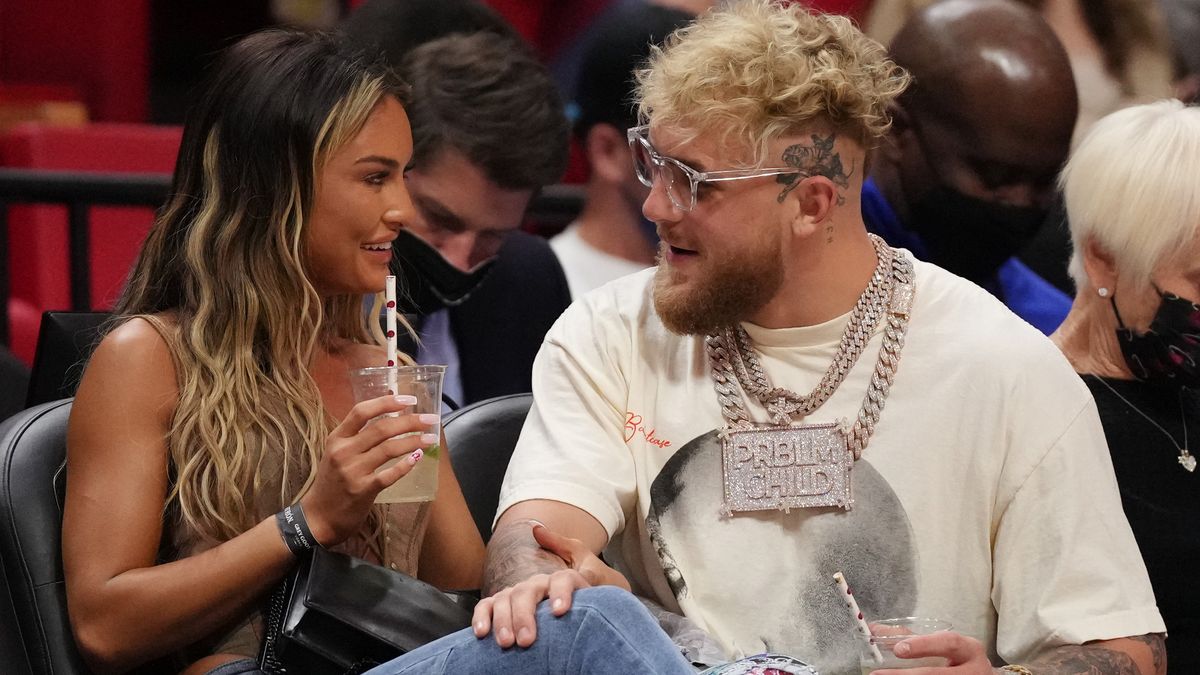 Also read: “This guy has been disrespecting the GOATs for way too long”: Salt Bae, Internet’s Favorite Meme, Obliterated By Jake Paul for Crude Behavior While FIFA 2022 World Cup Final

In a recent interview, Sky Bri recounted her first encounter with Paul. She revealed that the American boxer was allegedly only dating her to get back at his ex-girlfriend Julia Rose.

Jake Paul’s affair with Instagram model Sky Bri took place in March last year. Paul was reportedly split from Julia Rose at the time and he was going on holiday with Sky Bri. According to sources, Paul and Bri even got matching tattoos during this affair. After March, their affair ended when he got back together with Julia Rose in April. In a recent episode of the No Jumper podcast, Sky Bri spoke about her first conversation with Jake Paul. Also Read: ‘I Hope They Give Entire Inventory To Underprivileged Kids’: Jake Paul surprises the internet with a shocking request to Adidas, wanting the mega-brand to donate Kanye West’s shoes to poor kids

Bri revealed on their first night together that he flew her to Puerto Rico. She said, “The very first night, the first conversation we had, ‘This is for clout.’ He said, ‘In the end, I want you to post it.'” Paul reportedly didn’t care how Bri would gain popularity as a result. He just wanted revenge on Julia Rose. Paul reportedly said, “Get the clout, whatever, and I’ll probably piss Julia off and get the revenge I need.”

Jake Paul even reportedly got matching tattoos with Sky Bri last year. According to sources, Paul had a tattoo on his inner thigh that reads “SKYLER RARA.” Skylar is model Sky Bri’s real name and Rara means ‘a pretty girl’. Bri also reportedly got a matching with Paul. The model has a tattoo that reads ‘JAKE P’ on the back of her neck. Though her tattoos are mostly covered by her clothes or her hair, it was a very far-fetched move by both of them considering their relationship was just an affair. According to sources, Jake Paul is reportedly single again. The professional boxer recently uploaded a picture to his Instagram Holding a rose between his teeth, he wrote, “Picked the wrong rose.” This was likely a reference to the end of his relationship with girlfriend Julia Rose.