“They planned to get married a while ago: Rihanna is reportedly finally considering marrying A$AP Rocky after a decade of courtship

Rihanna and A$AP Rocky have been parents to a beautiful baby boy since early last year. They were expecting a child when the singer showed off her baby bump in January last year. The couple have been busy spending the festive season with their little bundle of joy. The new mom shared her son’s picture via a TikTok video that revealed his face for fans. 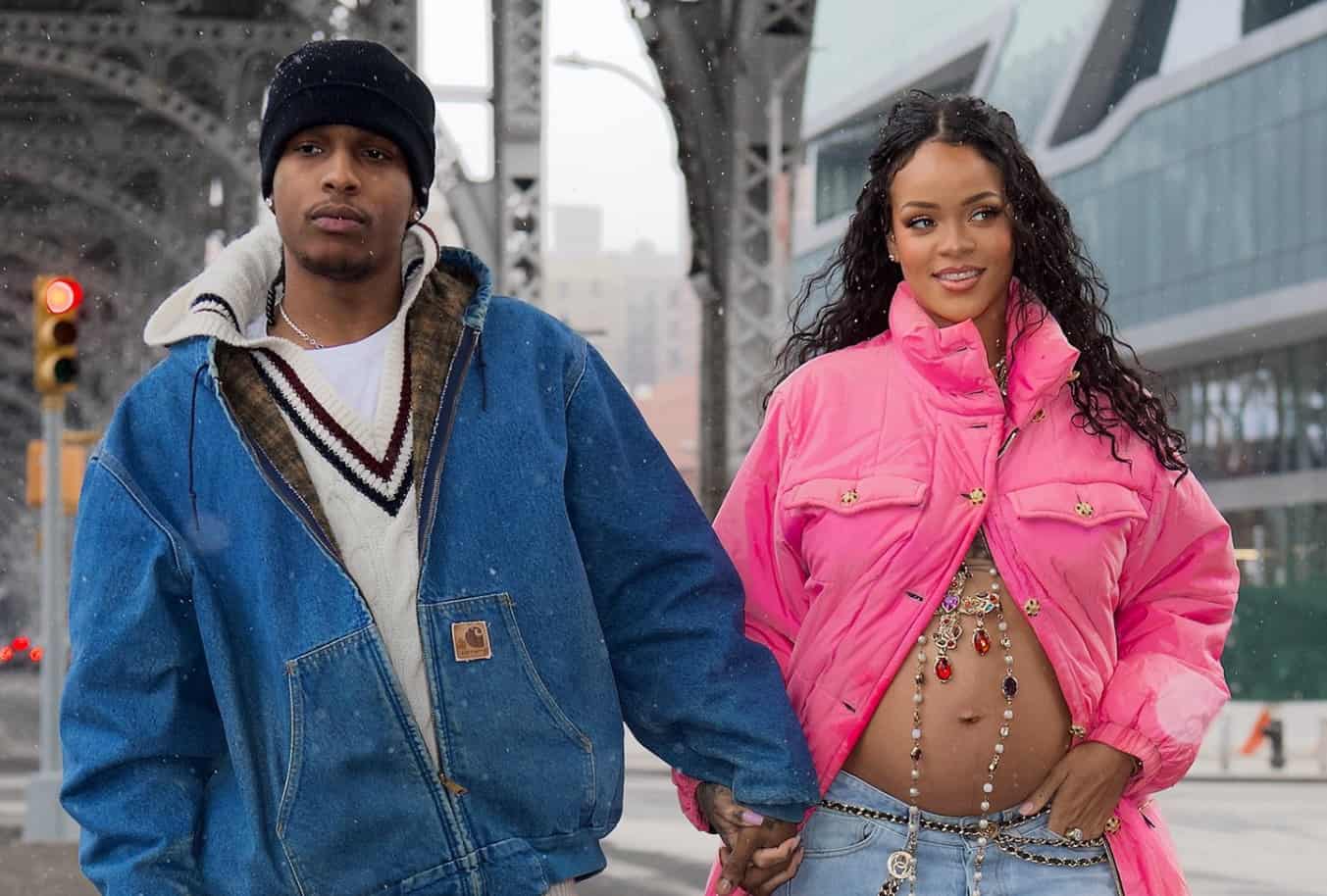 After the arrival of their son, the Barbadian singer and rapper took the spotlight for taking their relationship one step further. They’ve reportedly been thinking about tying the knot and expanding their family. Her son, whose name has not yet been revealed by the singer, has changed the life of Hollywood’s hottest duo.

READ ALSO: Kylie Jenner Copies Rihanna Again As She Duplicates The Wardrobe That Made Rihanna An Icon When She Was Pregnant Just Months Ago

Rihanna and A$AP Rocky are getting married soon Rihanna and A$AP Rocky have been together since 2012, although they’ve had an ongoing relationship since the beginning. The couple welcomed a beautiful baby boy last year and are currently enjoying parenthood. The Diamonds singer and her boyfriend have reportedly considered taking their relationship a step further by getting married, but dropped the idea due to the singer’s pregnancy. Now that they’ve welcomed their son, the couple are ready to get married and expand their family.

A source revealed the Umbrella singer is planning a beach wedding next month. She deliberately chose February because it coincides with her 35th birthday. The source also confirmed that the rapper and RiRi are considering expanding their family. The couple also hinted that the 34-year-old singer is walking down the aisle with a baby bump, and they don’t plan to stop with just two children.

The source added that becoming a mother has changed the We Found Love singer’s life in every way. The new parents love their parenting experience.

“It brought them so much closer as a couple. Ri wants a big family – she sees no need to hang around and feels ready now that her body is fully healed and recovered from the birth in mid-May,” the source revealed.

The couple have been thinking about getting married for some time but put the idea off as they had other things to focus on. But they have now settled down with their young son. The singer wants to be a mother of four children and is particularly hoping for twins.

READ ALSO: ‘She’s Trying To Be Megan Fox’: After Copying Beyoncé And Rihanna, Fans Are Believed The ‘Unoriginal’ Kim Kardashian Is Copying The ‘Transformers Star’ To Become Famous

Rihanna and A$AP Rocky have a long history together

The pair have been good friends for decades and have always kept their relationship private. They confirmed the news that they were dating in 2020 and became parents in 2022. Their professional partnership began in 2012 when they sang Cockiness as a duet at the MTV VMAs.

Since then, the couple have been spotted together at various events, but have continued to deny news of any dating. They even kept their pregnancy a secret until the singer showed up with her baby bump last year. Now they are ready to walk down the aisle and expand their family.

READ ALSO: Rihanna Almost Went Broke For Trusting Unethical Accountants Who Did Her $1.7B Net Worth